If you wanted to know about the latest goings on at ACAS you’ve come to the right place.

If you are interested in a particular topic use our categories selecting function to see updates related to that topic! Here we like to share news, event info, past events and our impact on the community!

Are you looking to get on PrEP?

By Nick Hi! I’m Nick, and I’m the Nurse at Maple Leaf PrEP Clinic. I am thrilled to be writing my first blog post for ACAS. Over the years, I have received many questions about taking PrEP, so I’ve gathered all of the most commonly asked questions that you might have when considering whether or not you might want to start taking PrEP. First of all, what is PrEP? Simply put, PrEP is a pill you can take, where, if you take it daily and you happen to be exposed to HIV while you’re taking it, it will prevent you from becoming HIV positive. It is over 99% effective and is credited as a major reason why HIV rates have been dropping in recent years. Is PrEP covered by OHIP? Yes and no. In Ontario PrEP is fully covered by OHIP until the day you turn 25, after that OHIP no longer covers the cost of PrEP. The full cost of PrEP can be very expensive, but almost nobody actually pays this. There are so many clinic programs and insurance options now, so when people are on PrEP they’re able to get it for an affordable price or for free. It’s important to know that these programs also exist for people who don’t have OHIP. What are the steps to getting PrEP? Step one is to connect with a PrEP clinic. You don’t need a referral for these clinics, if you’re coming to my clinic all you need to do is either walk in or just email us (PrEP@mlmedical.com) and say you want to be on PrEP! Once you’re linked to a clinic, you’ll be asked to do some bloodwork and STI testing. When your lab results are in, you’ll have an appointment with a doctor [...]

What should I do when I learn someone is interested in suicide?

Trigger warning – this post discusses suicidal feelings. “I can’t enjoy anything”, “it would be better if your life was without me”, “I can’t handle it anymore.” When you hear these kinds of phrases, it might be an early warning sign of suicide. You might know someone in a suicidal mood, and ask yourself “what should I do to help them?” Considering suicide could happen to anyone - it might be a friend, a co-worker, or a family member. There can be a lot of factors that lead people to contemplate suicide. In LGBTQ+ communities, according to the Centre for Suicide Prevention, 1 in 3 trans youth attempted suicide in 2015. Sometimes people won’t show any signs of suicidal ideation. There was even a viral TikTok suicide video where it didn’t look like the person was going to commit suicide. However, if you observe people who are thinking about suicide, you might be the one who can help them. You can use the TASC model, and here are 4 steps to engage with people who might be considering suicide: T- Tune in When you see a sign from someone, for example sitting alone and separate from the party, mentioning how disappointing their life is. Those signs can point to considering suicide, so tune in by paying attention or showing you care about them. A- Ask After you tune in, and you still think you might see a sign of suicidal ideation, you should ask directly in a calm, non-judgmental manner to show you want to hear their answers “are you considering suicide?” You can also ask about their thoughts. This person might feel like they can’t talk about the pain that they are in, so by asking directly you can create a safe space to talk. S- State Ask [...]

PinkDot TO 2021: #StopAsianHate is on this Sunday!!

#PinkDotTO is coming ! This year ACAS (Asian Community AIDS Services) is once again hosting a variety show PinkDot TO 2021: #StopAsianHate on Sunday, June 20, at 3:00 pm live streaming on the ACAS YouTube channel. Vong Show will be our host with a lot of performers and surprise guests. 𝘽𝙊𝙊𝙆 𝙔𝙊𝙐𝙍 𝘿𝘼𝙔! Watch the livestream on June 20, 3pm -6pm on the ACAS Youtube Channel: www.youtube.com/c/ACASAsianCommunityAIDSServices Support this event please go to https://www.canadahelps.org/en/dn/62049 http://acas.orgpinkdot-to/ for more info about PinkDot TO

Join  ACAS Asian Pride TO Run/Walk Team at virtual 2021 PRIDE Remembrance Run. The team is led by Lindsey Li, Ray Carino, Lelee Ly, Bradyn Ko, board members. Please register at  https://raceroster.com/registration/47724/entry?team=319357    There are many registration categories  + get FREE registration for the 2022 pride & remembrance run if you fundraise over $250! And Free for 'community participant'   The run is sold out, but you can still sign up under the community option or make a donation to support.

ACAS Board of Directors and Derek Yee's family invite you to join us to pay tribute to Derek Yee (1966-2021) on 𝐅𝐑𝐈𝐃𝐀𝐘, 𝐀𝐏𝐑𝐈𝐋 𝟑𝟎, 𝟔:𝟑𝟎-𝟖:𝟑𝟎 𝐩.𝐦. Due to COVID 19 restriction, this gathering is on Zoom. 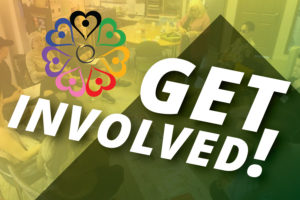